That’s how it goes: you see a picture or video of something and you simply HAVE to see it for yourself. It happened to us many times: that’s how we ended up flying to magical Pingxi Sky Lantern Festival, romantic Red Lotus Lake and temple-heaven Bagan. Now, we travel to La Paz to see something really really special…

From Guadalajara, we fly to La Paz. We are still with the three of us. In case you missed it: my sister Denise is travelling with us for the month of May. La Paz is located in Baja California Sur and we’ve never ever heard anyone talk about this area in Mexico. Except for Courtney and her boyfriend, whom we met in California. They told us about jumping mobula rays. Yes, we can’t believe it at first. And after a little research we can’t stop talking about it, we have to see this!!!

So there we, in La Paz. La Paz is located next to the Sea of Cortez, also known as the aquarium of the world. It’s an absolute dream if you are into marine life. The Sea of Cortez is filled with dolphins, orcas, whales, sharks, whale sharks, mobula rays and many more animals. We are the happiest girls ever when we see dolphins from the beach but apparently, that’s the most normal thing ever. So we are surprised to see that no one offers dolphin tours, only Espirito Santo island tours – to swim with sea lions. Unfortunately, the season to swim with whale sharks is over – it runs from October until April), they need their rest, so that area is off limits.

The first days in La Paz we relax on the beach and Denise and I visit Balandra beach. They say Balandra beach is one of the most beautiful beaches in Mexico and I couldn’t agree more. Wow, the water is incredibly blue and clear. We hope to spot some mobula rays but we aren’t lucky this time.

We leave La Paz to do something crazy: we rent a car again! There are some places in Baja California Sur that we really want to visit but we can’t reach them easily by public transport. So we rent a car and the first stop is Pueblo Mágico Todos Santos. Rumour has it that Todos Santos has THE Hotel California, from the famous Eagles song. Other than that, it’s a little town and we think it’s quite boring. There is no one around!

Close to Todos Santos is Playa Los Cerritos, the perfect beach to surf! So we do something crazy again: we go and learn how to surf! I have tried surfing before in New Zealand & Bali but that has been a very very long time again. Maartje & Denise have never surfed before. But we are all able to stand on the board, how cool!! It’s very exhausting though. The sea is like the North Sea in the Netherlands; freaking cold. After the lesson, we practise a bit ourselves but my body can’t handle it anymore. I lost all my energy.

It’s funny when you drive an hour from La Paz to Todos Santos, you see a total different sea. From the blue clear waters full of marine life in the Sea of Cortez to the cold sea water with big waves in the Pacific Ocean.

It’s a short drive from Todos Santos to Cabo San Lucas. A place very (in)famous for American tourists and it’s a different world again. It’s fancy and trashy at the same time. Do you know the tv-series The Hills? The girls go to Cabo San Lucas all the time. We just do a 45-minute tour to the famous arch and I must say, it’s more fun and more beautiful than I expected.

San José del Cabo is the quiet little brother of Cabo San Lucas. There is so much going on in Cabo San Lucas and nothing in San José del Cabo. A little walk around town and we’ve seen enough. We continue our trip to Cabo Pulmo. Also in Cabo Pulmo, there isn’t much going on, besides the marine life. Diving in Cabo Pulmo is expensive (we are used to cheap Asian prices), nevertheless we really want to go diving! We don’t want to regret the things we don’t do.

We are doing two dives and when our instructor tells us we are going to dive with sharks we are extra excited. We’ve never seen sharks in real (ocean) life. And underwater they don’t look scary at all, plus they don’t care about us at all. Lucky nobody tells us beforehand these bull sharks and are more dangerous than white sharks.

In between dives we finally see the rays we came for! Luckily we are on the boat with a professional photographer who brought his drone with him. So it’s easy to follow the rays, there are hundreds in a big school. We jump into the water and snorkel with them, it’s so magical. Nothing can break our day anymore! Far, far away we see them jumping out of the water: better luck with that part next time!

We are already so happy and we still have one more dive to go! There are so many fish in one school that it gets dark when we swim under them. It’s so cool!

Back to La Paz

Denise’s Mexico adventure is almost over so we drive back to La Paz where we enjoy our last days together. Little did we know the next few days would be so epic… Flying rays promised!

Read & see more about it in our next journal! 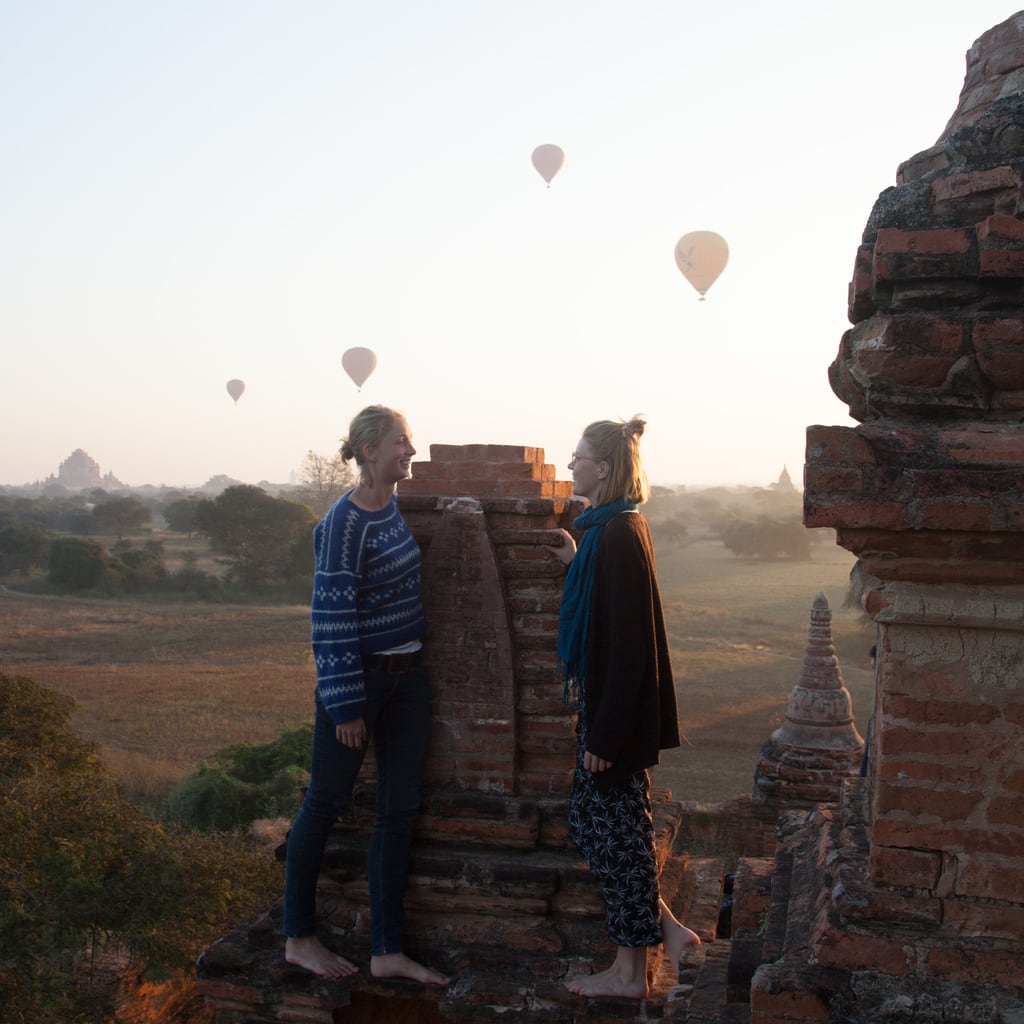